You are here: Home / AV Blog / Corporate / Skype For Business is Here! 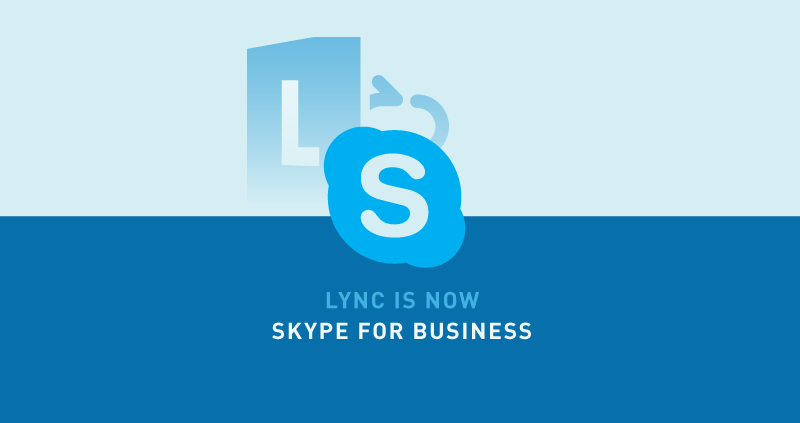 Microsoft’s “Skype for Business,” which is designed to replace the company’s older enterprise communication tool Lync, is rolling out publicly today as part of the Office 2013 April update, the company announced this morning. It’s also now rolling out Skype for Business Online to its Office 365 customers who currently use Lync Online.

With Skype for Business, enterprise customers will have access to software that greatly resembles Skype’s consumer-facing client application in look-and-feel, but it comes with enterprise-grade security and compliance features that allow an I.T. organization to better administer and control the software’s use internally within an organization. Skype for Business conversations are authenticated through Active Directory and encrypted, and I.T. can manage the company’s user accounts and deployments. The system also inter-operates with company’s PBX systems or legacy video teleconferencing systems, if need be.

In addition, Skype for Business customers are now able to communicate via chat, audio and video both within their own company as well as with any of the over 300 million customers who have a Skype ID using apps that run on Android, iOS, Mac, Windows and web.

The software is also built into Office, making features such as presence, IM, voice and video calls, as well as online meetings a part of the Office experience, Microsoft notes.

It was only a few weeks ago that Microsoft unveiled the technical preview version of this software, so it acknowledges that some customers may still require additional testing time. To that end, it’s allowing admins the ability to switch between Skype for Business and the traditional Lync user interface, Microsoft explains in a blog post this morning detailing the changes. Information on how to continue to use Lync for the time being is also available .

The transition from Lync Online to Skype for Business Online will complete for all customers by the end of May, Microsoft note

See how Skype for Business is changing how you work