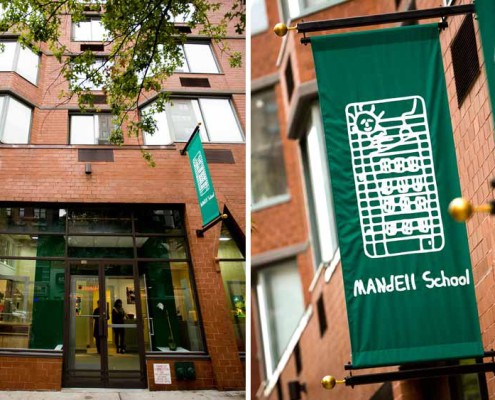 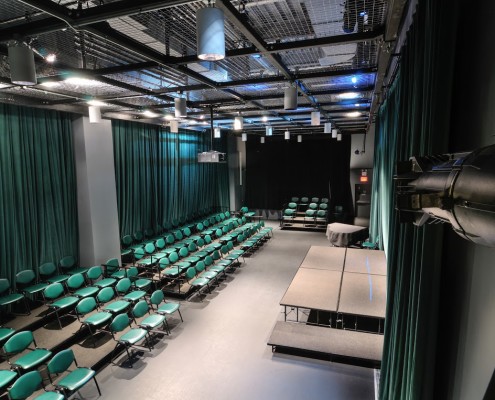 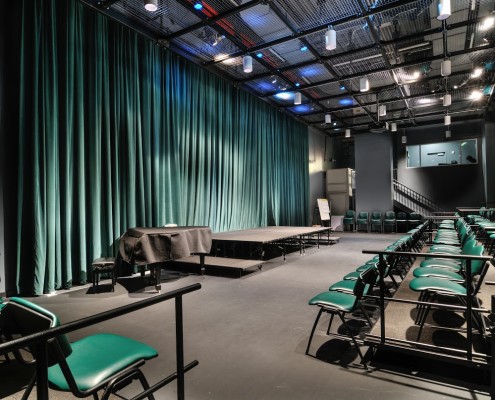 The Mandell School is a private K-8 and pre-school on the upper west side. As a school that takes pride in its commitment to the arts, Mandell features a professional-grade black box theater. PPI worked with the school to design and install an audiovisual system for the theater consistent with its professional grade.

The system features a high definition, 6000 lumens projector and a 165” screen. Video sources include digital & analog wall plates at the projection booth and the stage, and a Blu-ray player. The audio system features two sets of wireless microphones, six hanging choir microphones, and 20 wired microphone inputs dispersed around the theater for maximum flexibility. An analog mixing board and a digital signal processor send audio to four professional speaker arrays and two subwoofers for full coverage. Additionally, one hemispherical omni-directional loudspeaker hangs from the middle of the theater for public address announcements. Two touch panels – one in the projection booth and one on the side of the stage – provide full system control.