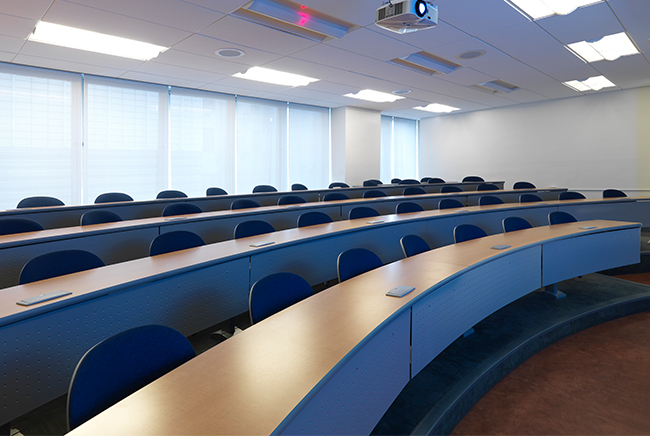 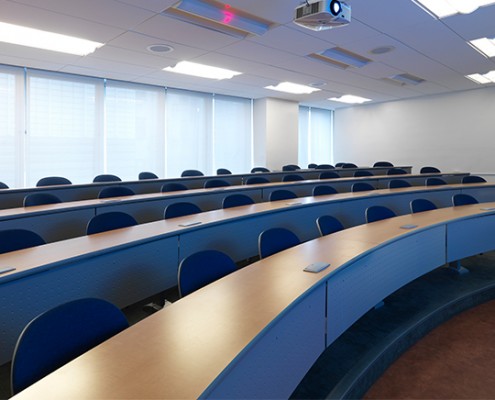 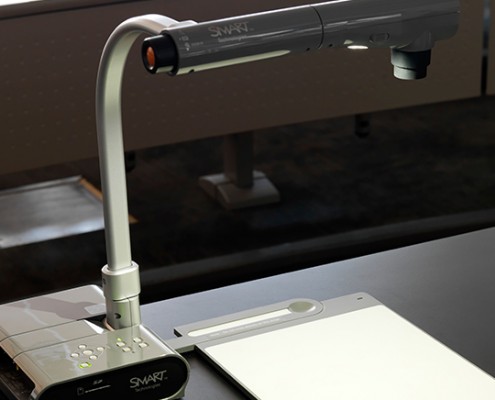 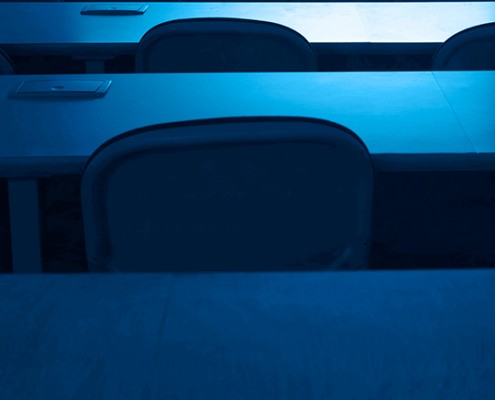 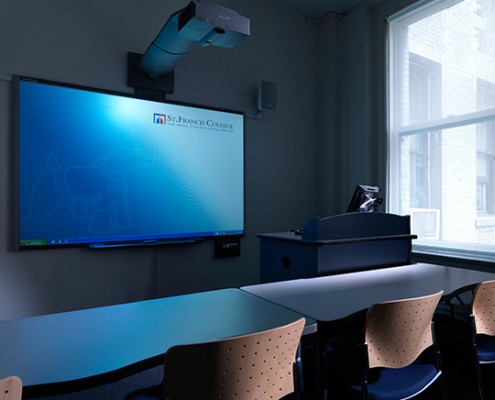 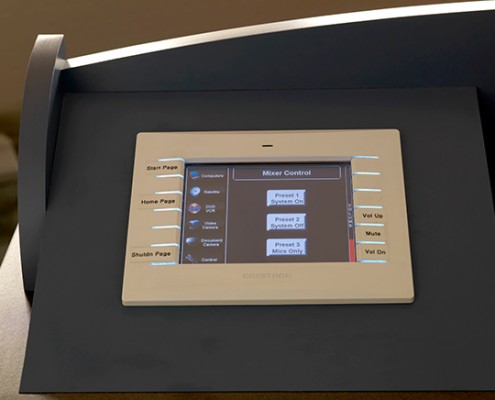 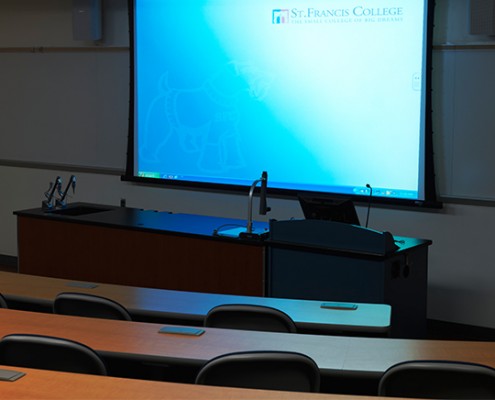 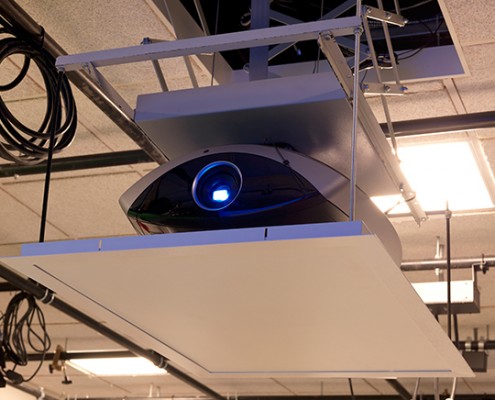 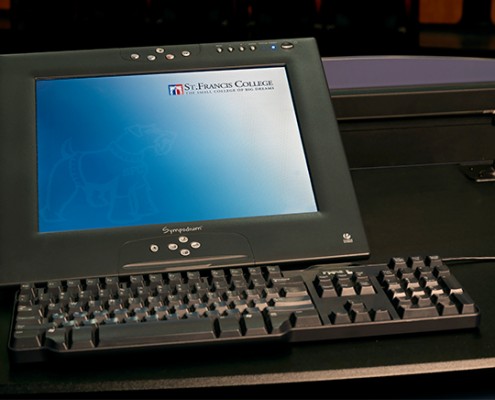 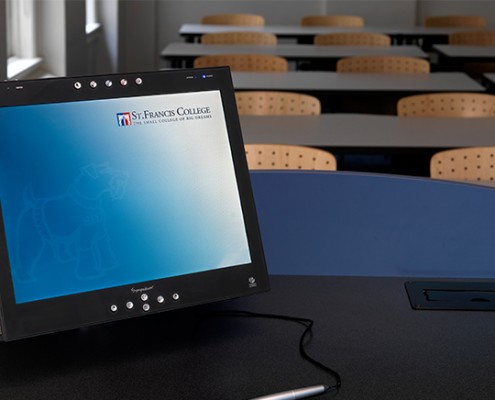 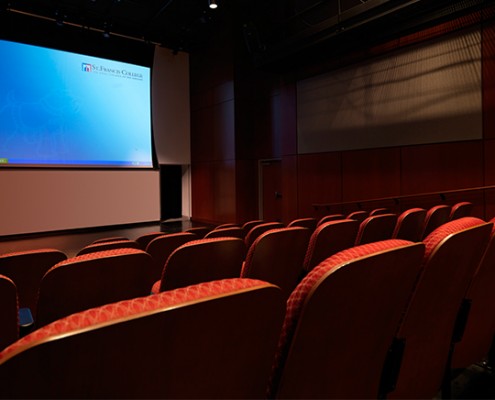 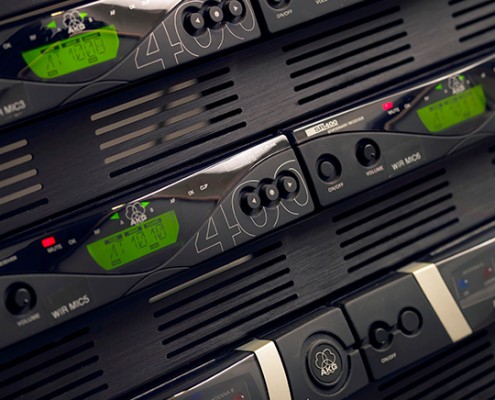 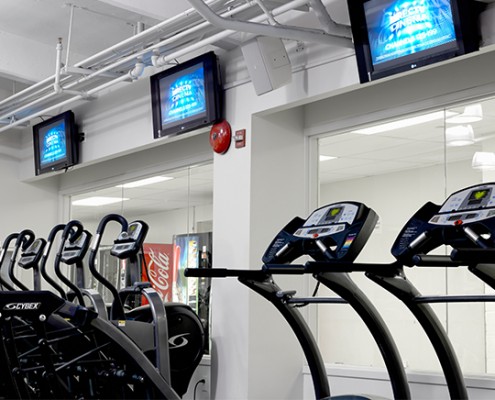 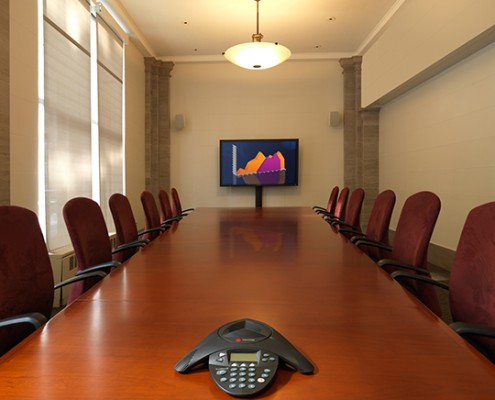 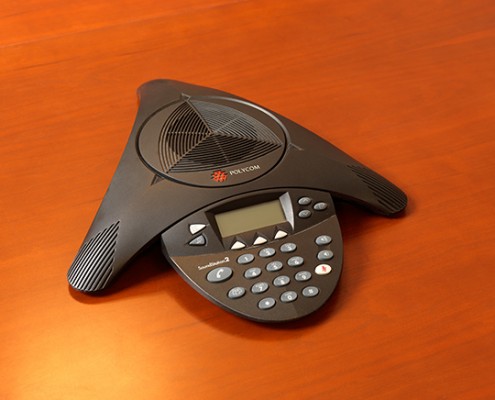 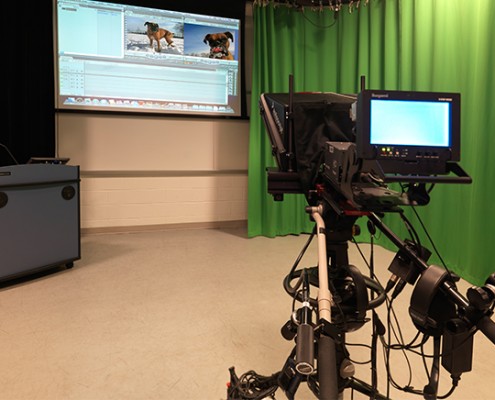 St. Francis College has been a long-time partner of PPI’s, dating back over a decade. In 2013, the school brought PPI in to design and install a standardized, high-tech AV system for six new PC labs. PPI worked with St. Francis to design an easy-to-use system that featured interactivity, multiple types of media, and lecture capture.

The standard system is based around a matrix switcher that allows any system input to be routed to any output. Inputs include a PC, a Blu-ray player, an Apple TV, a laptop connection, and a document camera, and outputs include an 87” interactive whiteboard with a 2000 lumens projector and a PC for lecture capture. A multimedia lectern features an interactive pen display for annotation and a touch screen control panel for full system control. One wireless microphone is included for presenters, and full-range loudspeakers mounted on the walls play system audio.

In addition to the six PC labs, PPI also designed and installed one video conferencing room. This room features a similar system to the PC labs, plus a high definition, H.323 video conferencing codec and high definition, pan tilt zoom camera. This allows distance learning – the ability for students anywhere in the world to still participate in the classroom session – an emerging trend in higher education.