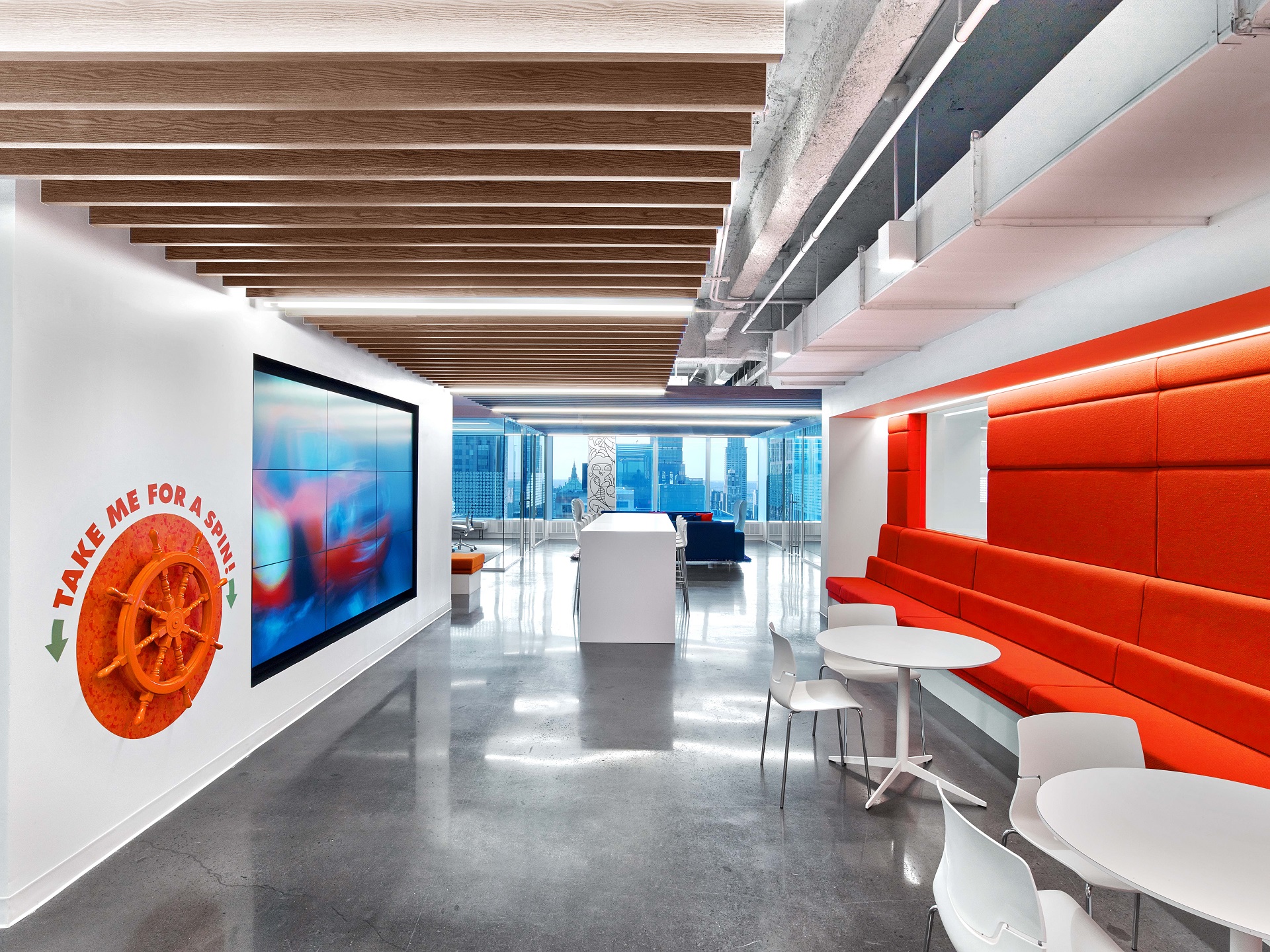 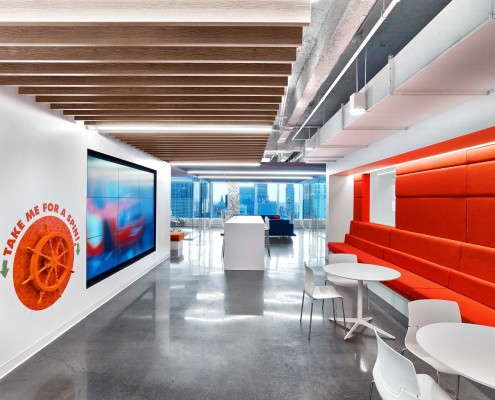 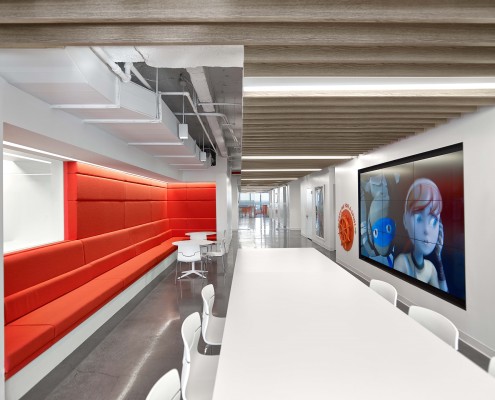 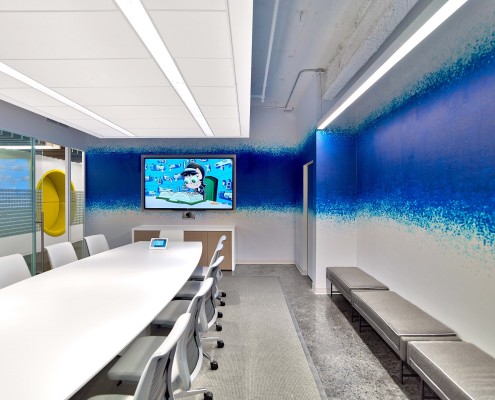 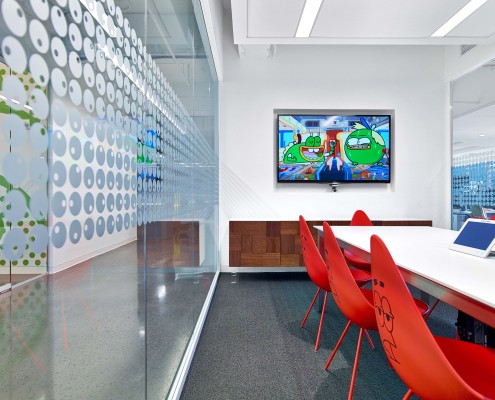 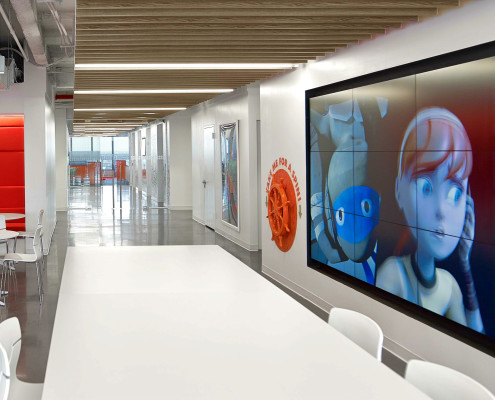 In late 2014, PPI joined architect Studios and client representative VVA to begin designing AV systems for three more floors set to undergo renovations at Viacom’s 1515 Broadway headquarters. These floors — all dedicated offices for the Viacom-owned cable television channel, Nickelodeon — presented PPI with a multi-faceted design project. PPI focused equally on both the implementation & adaptation of standardized Viacom conference room AV systems as well as the design of custom systems specifically tailored to Nickelodeon’s desired functionality & aesthetic. The result was three floors with dozens of conference rooms, private offices, and common area spaces all complete with AV systems. The highlight of the project was a 3×3 video wall with an adjacent nautical steering wheel labeled “Take Me For a Spin” — users can spin the wheel, and as each spoke passes, a different Nickelodeon show is displayed. Shows change rapid-fire at first, and as the wheel comes to a stop, so do the content changes on the video wall. Until the next user spins the wheel, that is!