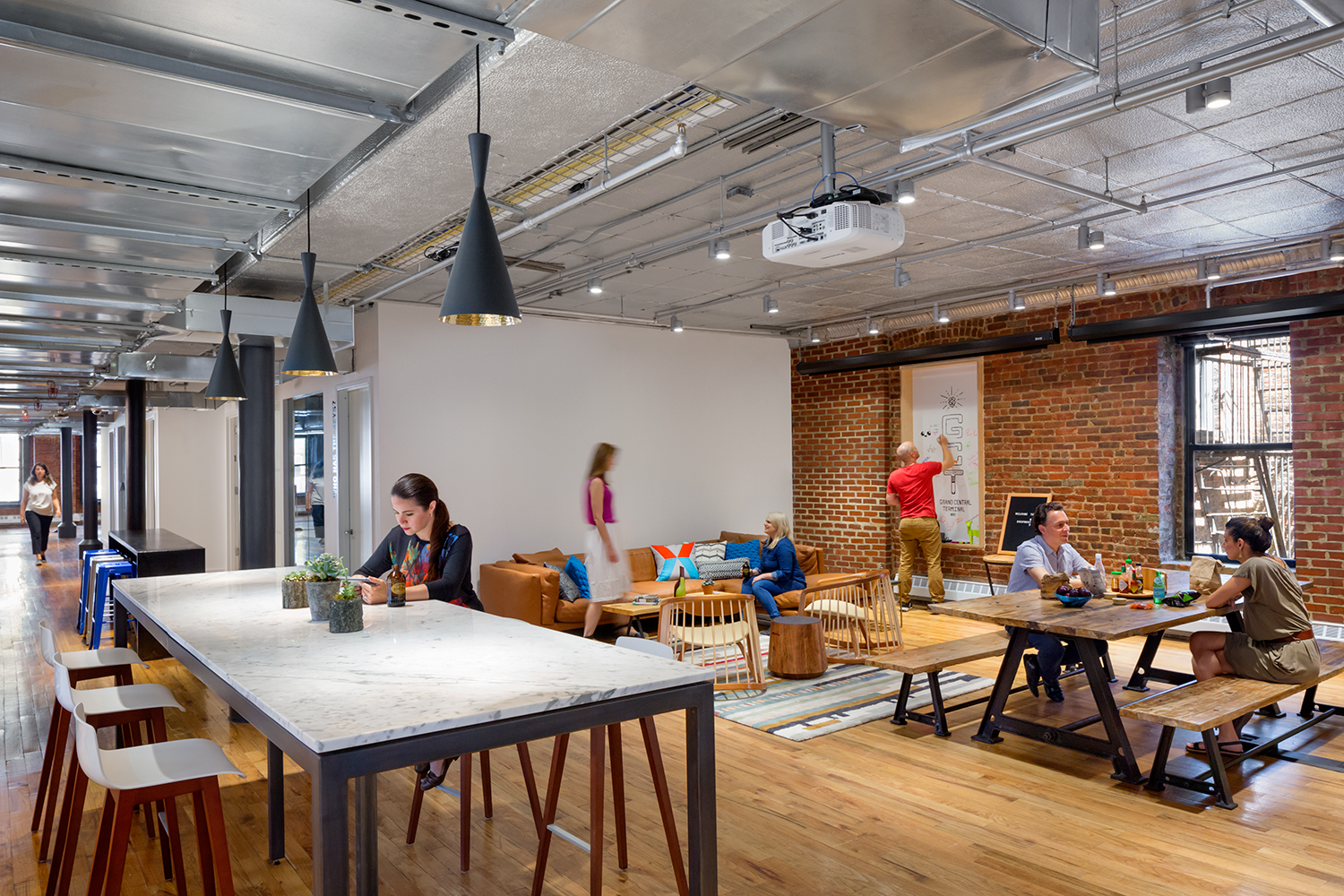 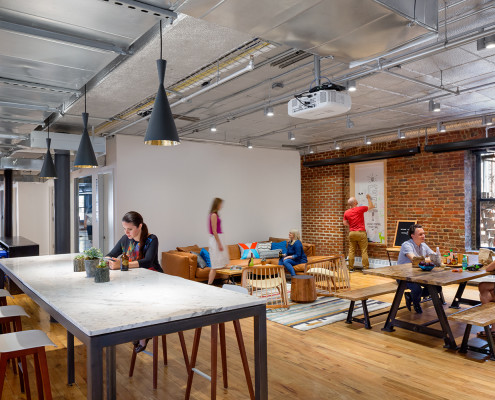 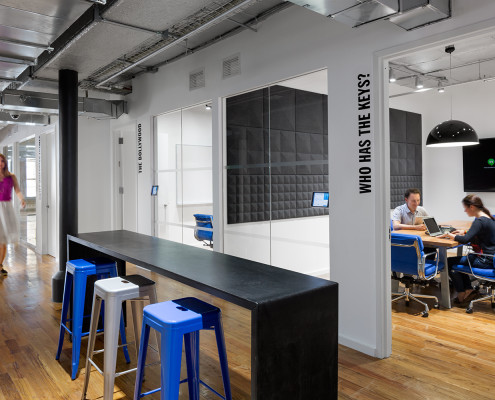 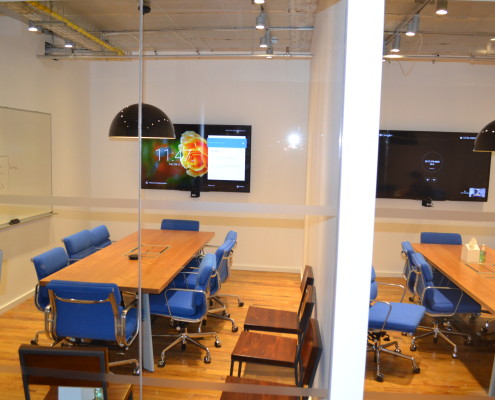 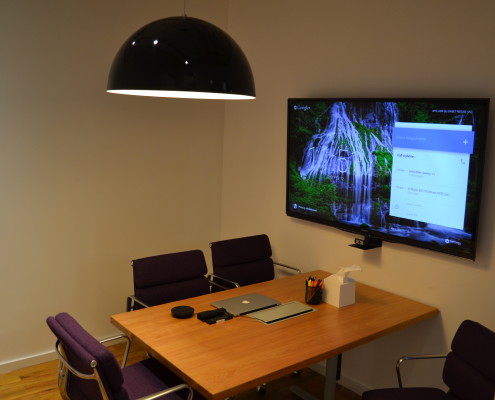 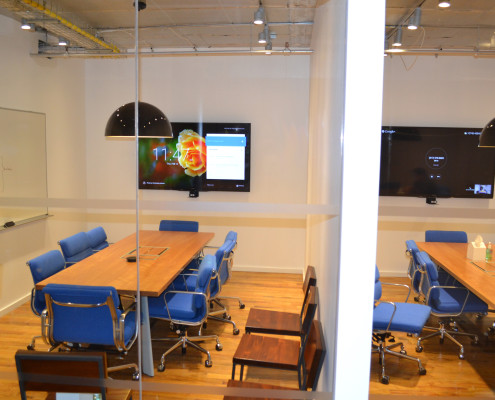 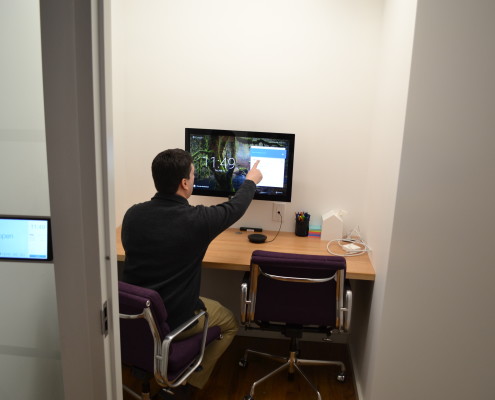 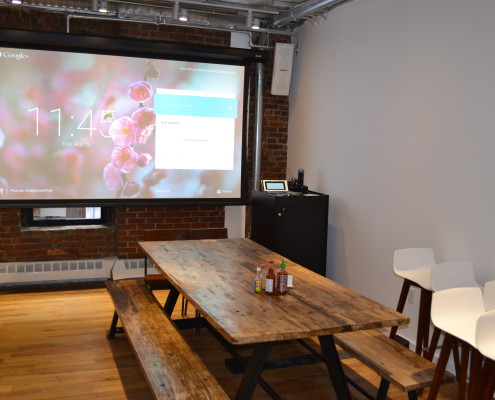 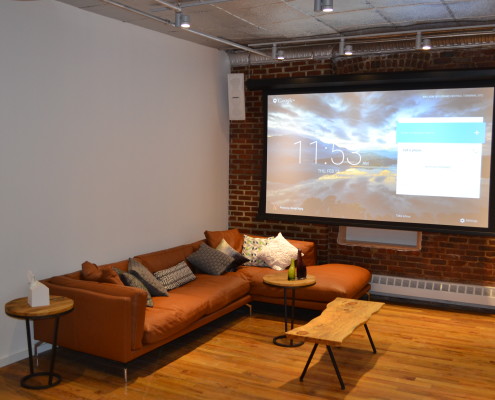 Dropbox is a file hosting service that offers cloud storage and file synchronization. Since its launch in 2007, the San Francisco-based company has grown into a household name with more than 300 million users saving over a billion files every day. To accommodate this growth, Dropbox announced the opening of a New York office in 2014, and PPI joined the project team as the as the audiovisual integrator for the new office.

The hallmark of the project is a town hall space designed for office-wide presentations and company-wide videoconferences. The space includes two ceiling-mounted projectors shining onto 123” screens. Content from a Mac Mini, guest laptops, and a Google Chromebox video conferencing system can be shown on either or both screens. PPI integrated professional audio and videoconferencing features including multi-zoned loudspeakers, digital wireless microphones, and a high-definition pan-tilt zoom camera into the Goggle Chromebox system. This provides Dropbox with the ability to use their preferred collaboration platform with the benefits of a professionally integrated audiovisual system.  The system is controlled using a custom designed GUI controls the entire system.