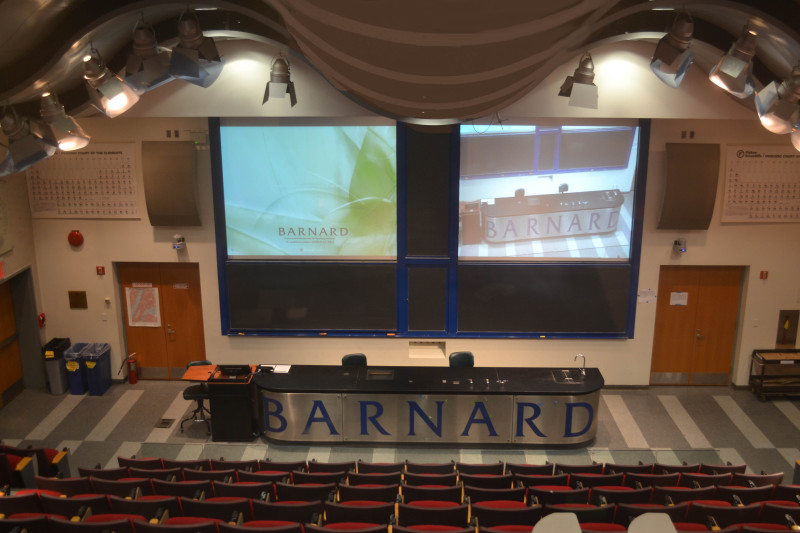 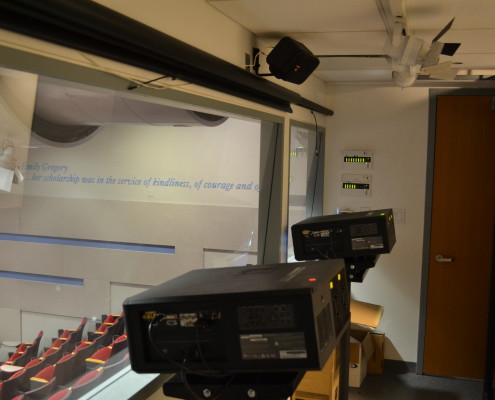 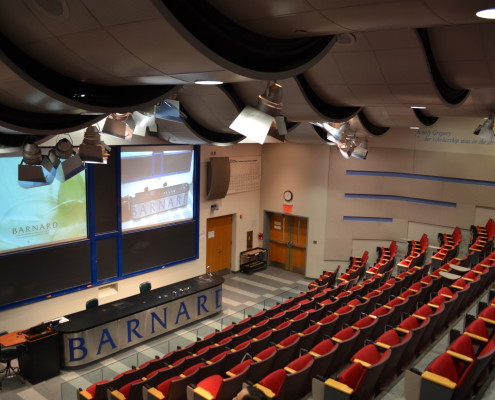 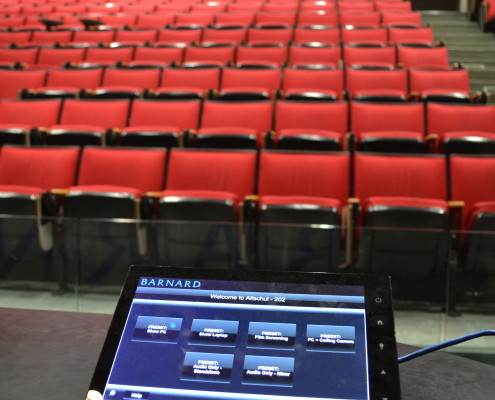 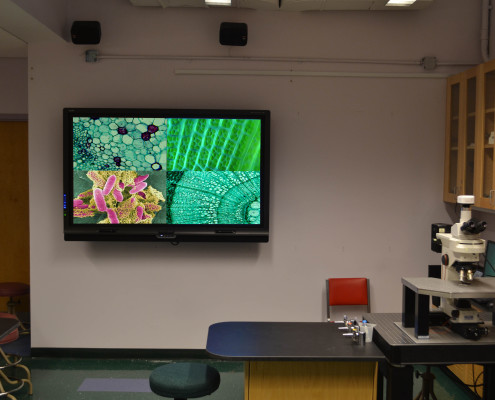 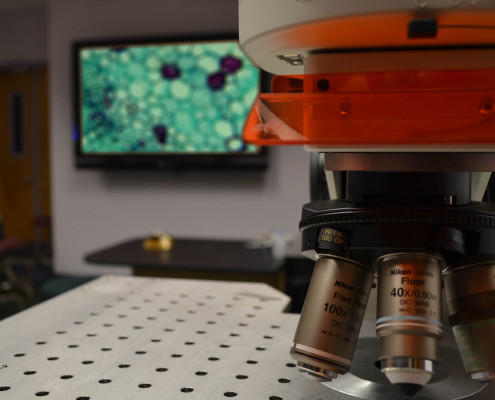 Barnard College, a top New York women’s liberal arts college and an affiliate of Columbia University, engaged PPI to re-design and upgrade an existing theater audiovisual system in early 2014. The space is a science auditorium, putting an emphasis on in-class experiments, demonstrations, and hands-on activity, all of which need to be seen by the entire theater.

The system includes three 8,000 lumens, high definition projectors that function in two modes: mode one features one large image on a center screen, and mode two features two smaller independent images on outer screens. A variety of sources can be shown on one or both screens, including wired and wireless laptop connections, a PC, a document camera mounted in the ceiling, and three high definition, pan-tilt-zoom cameras mounted around the auditorium. A podium with an interactive display allows presenters to annotate over PC or laptop content.

The space features a networked digital audio system as well, including main speakers, wireless microphones for presenters, a variety of microphone inputs at the podium, a live mixer for events, and an assisted listening system. Both the projection booth and at the podium feature touch control panels, providing multiple points of full-system control.

PPI also upgraded a microscopy lab for Barnard in 2014. This small lab includes four PCs, each connected to a microscope; a 70” interactive display; and a multi-viewer. This allows any PC to be shown on the display full screen, or all four PCs to simultaneously occupy a quadrant of the display. In single-view mode, users can annotate over the content on the display as well. This system allows dynamic viewing and annotation capabilities for microscopic content.